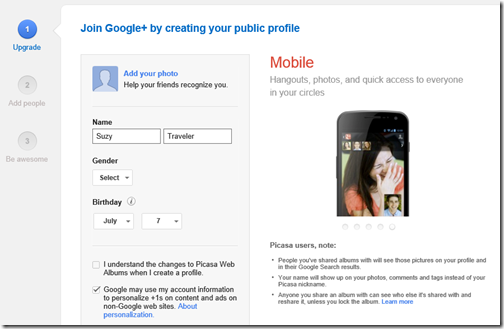 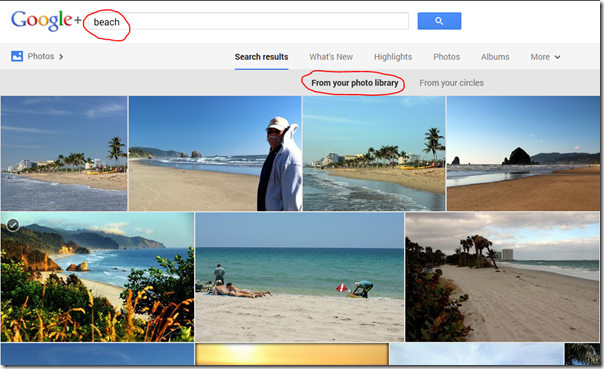 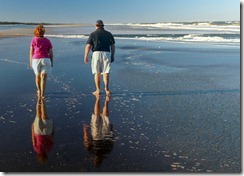 It’s places like this that give me joy in using my good digital SLR camera, and then viewing and editing the pictures later in Picasa.  The picture of the two of us is of particular interest since we were all alone on this beach, and we didn’t have a tripod.  How did we get that picture?  The answer is at the bottom of this post.

Anastasia Island is a Florida State park on the beach at St. Augustine.  We only stayed there one night, but we made our way to the beach at those all-important photography times of sunset and sunrise.  I can’t stop looking at these pictures and just feeling love for the world of beauty that we live in.  I took over 250 pictures!  With help from Picasa’s Side-by-Side editing feature, I chose the 49 best and then edited them so they look even better.  I hope you enjoy them!

The better way to view the pictures is to follow this link to the pictures on Google+, then click on Slideshow.  That will show them full-screen.

That’s how we got the picture of the two of us.  It’s actually 2 pictures and I put them together using the Collage feature of Picasa and choosing Multiple Exposure.  Rarely do 2 pictures work so well in a double exposure – but these two sure did! To see exactly how it was done, members can watch the Collage Short Course of tutorial videos.  Multiple Exposures is the 8th video in the series.

If you want to learn how to do all of these editing techniques – “There’s a video on that!”  Take a look at our Learning Library for Picasa – the first 3 videos in the list are free for anyone to watch, the rest require a Geeks on Tour Membership.