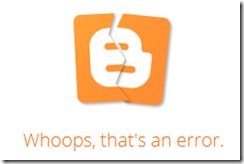 There are lots of posts on Picasa’s official support forum from people upset that the “Blog This!” feature of Picasa is no longer working.  That doesn’t bother me at all.  Even though I’ve kept a Blogger.com blog since 2003, and used Picasa for almost as long, I’ve never used the BlogThis! feature to get my pictures from Picasa to Blogger.

Here’s how I do it

When you do it this way, you are very aware that your picture is coming from your web album.  So, maybe you won’t make the mistake of deleting that album from Google Plus.  Many people don’t realize that their Blogger pictures are actually stored in your Picasa Web Albums (now Google Plus Photo Albums.)  If you used the BlogThis! button (when it used to work) your pictures were stored in a Web Album named the same as your Blog.  If you delete (or even rename) that album from Google Plus Photo Albums, you have deleted the picture that was showing in your Blog. 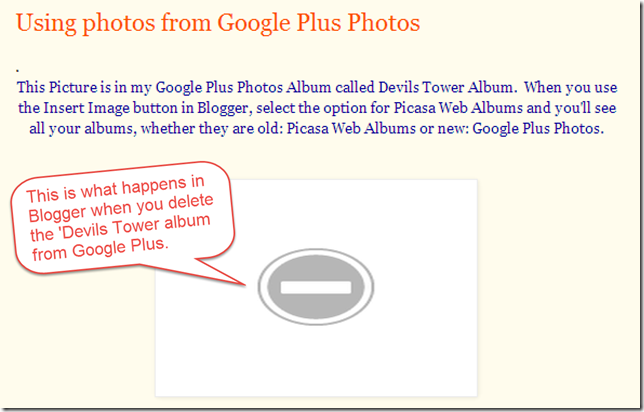 All your Best Pictures are in the Web Album

Sometimes I’m not interested in scrolling thru all the text on my Blog, I just want to look at all the pictures I took.  In our RVing lifestyle, we’re taking pictures all the time, so I upload the best ones into albums by month.  Sometimes a special event like ‘Cruise to Alaska’ deserves an album all its own, but normally I have an album for each month.  In a month where we traveled a lot, I might have 1-200 pictures, like last September when we started the month in Nevada and ended in Florida.  If you click the link you will see all my pictures for that month.  You can even click on one picture to see it full screen, then click on the option for Slide Show.  Some friends might not want to read all the text in your Blog, but they love browsing thru your pictures.

In that same month – September 2013, I wrote 6 blog posts and used 68 of the pictures from the Web Album.  So, I have my choice of just looking at pictures: 157 pictures in the September 2013 Web Album; OR reading the Blog posts that include 68 of those exact same pictures.

If you are a Geeks on Tour member, you can watch tutorial videos on this topic: