(May 3 note : the May 1 date has come and gone and Picasa Web Albums is still accessible. That doesn’t mean they’ve changed their minds – it’s just taking a bit longer than expected. Also, please realize this article is about the website Picasa Web Albums – the desktop software – Picasa – was retired on March 15. See this article for more info.)

Picasa Web Albums has been around since 2006 – that’s 10 years! An eternity in computer time. Those of us who have been using it all these years hate to see it go. It has a unique set of features. But know that all your pictures are still there.

There is nothing you need to do, your pictures can be seen at photos.google.com

If you just visit Photos.Google.com and log in with the same Google account you used for Picasa Web Albums, you will see all your pictures, but they will be in one big stream by date with the most recent on top. Just click on the button for Albums to see the same albums that you saw in Picasa Web Albums.

Although it may be unfamiliar at first, once you embrace Google Photos, I think you will love the new things you can do with your pictures.

Once you’re seeing the albums, you can scroll thru them, they’re in date order, or you can use the search box to look for them. Sorting by Album name is one of those features of Picasa Web Albums that have not yet made it to Google Photos.

My Public Web Albums as seen in Picasa Web Albums 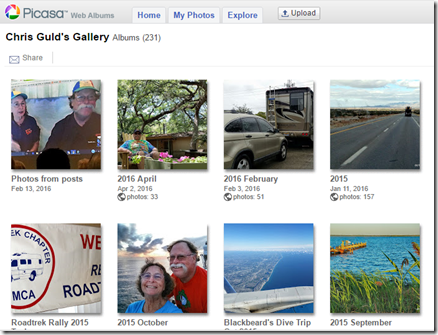 In Picasa Web Albums the building block of the system is the album. The albums contain photos. Every photo is in an album. You could not upload a photo unless you knew what album you wanted it to go to.

My Albums seen on Photos.Google.com/Albums

Google Photos has a different philosophy. The basic building block is the individual photo. Photos can be grouped into Albums, but the albums themselves are not really objects. They have no properties of their own. 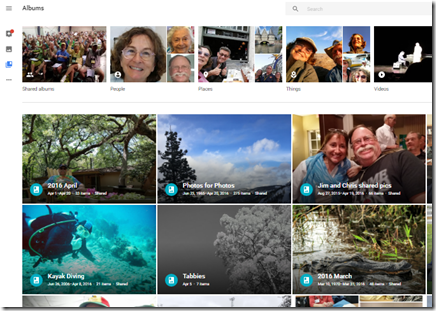 What is going away?

Picasa Web Albums had several features that have not made it to Google Photos. Note: this is my personal observation, not an official list. Please correct me if you see any errors or omissions in this list.

What about my Links? 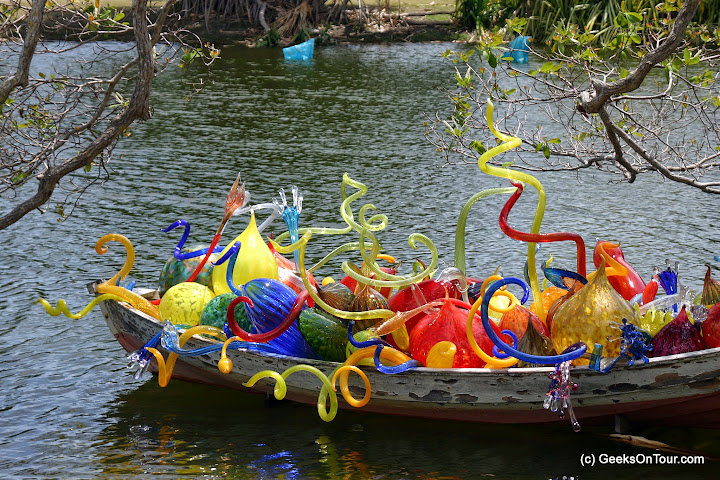 If you see a colorful photo above, that means that old Picasa Web Album photo URLs are still working!

Since Picasa Web Albums have been around since 2006, there are many instances where I have posted links to those albums. I have been assured by my contacts at Google that these links will be OK. YAY!

Links to publicly available albums in Picasa Web Albums will continue to work.

It was on February 12 that the announcement was made that Picasa Desktop Software would be retired on March 15, and Picasa Web Albums on May 1.   Read the complete announcement here.

Bottom Line: There is nothing for you to do except to be aware that this is happening. All your pictures and albums are available now in Google Photos. Any missing features we can hope that Google will be adding them to Google Photos over time.  Any missing data, such as comments and tags, will be made available in a new location yet to be announced. (https://get.google.com/albumarchive/) This will be an archive of Picasa Web Albums.

To add your request for favorite features, use the Google Photos menu and click on Help and Feedback. Although you won’t get any response, the folks at Google do read these feedbacks.

21 Responses to “Picasa Web Albums Retires on May 1–What to Do?”